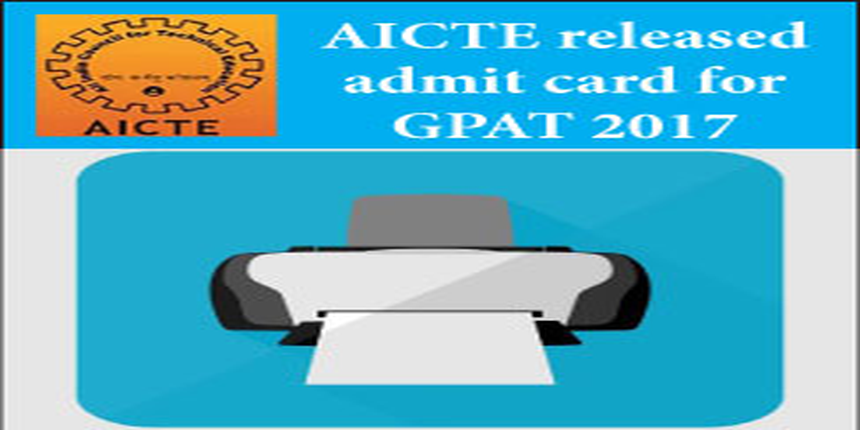 The exam conducted authority will be conducting GPAT once a year from academic year 2016-2017 onward. GPAT 2017 is an online mode test and candidates appearing for test need to visit exam centre as allotted by GPAT conducting authority. GPAT 2017 is scheduled to be held in as many as 58 test cities across India. Candidates need to report at 1:00 pm for test scheduled to begin at 2:30 pm. There will be 125 questions for a total of 500 marks and as per the marking scheme of GPAT 2017, one mark will be deducted from total scored marks, in case of each wrong attempt.

The result of GPAT 2017 will be declared on or after February 10, 2017 in online mode. Candidates qualifying GPAT can seek admission in postgraduate pharmacy programmes at all AICTE approved Institutes/ Department of Universities accepting GPAT score.

GPAT Counselling 2020 will be started after the result declaration. Know dates, process, document...

View All News and Articles

How counciling proceed for GPAT

GPAT stands for Graduate Pharmacy Aptitude Test will be conducted by the National Testing Agency for admission to M. Pharma or equivalent courses.The students  who qualify for the gpat entrance exam will be shortlisted for the GPAT .the students will have to check rank wise and the  counselling dates.students need to carry all important documents for verification.the seats will be allocated to the candidates on the basis of goat score.

These are the few list of the documents that are required in GPAT consulleing.

Graduation or Provisional Certificate all the documents that are required in the counselling it should be original.

For more details this link will help you.

hope you may understand.

what are the eligibilities for EWS category students for GPAT?

If there is reservation then EWS quota will be given for any exam for job as well as education admission. So if you have EWS certificate then you will be eligibile for that in the exam. You will be provided by tehsildar office. Your parents must have income of less than 8 lakhs, less than 1000 sq ft house, not more than 5 acre agriculture land and some other points are there.
Read More
Answer
Answer Later
Report
12 Views

sir ,I am qualified GPAT under general ews catagery .If I qualify NIPER under general not with ews ,i need to submit ews certificate during NIPER councilling??

If you have filled your category as general EWS while filling the application form you need to provide valid EWS category certificate at the time of counselling.And GPAT score is necessary to get admission through NIPER.So your category should match in both the application form.Because qualifying marks for each category will be different.When you qualified GPAT under EWS cut off that score is considered during NIPER counselling.Whether or not you have qualified under general category cut off you need to provide EWS certificate as per the details you have filled in online application form.

Some tips to crack gpat and niper.

Below mentioned are some of the the tips for GPAT and NIPER:

1. Focus on your basics first and be thorough with them to make the further concepts clear.

3. Also, focus on the topics that come frequently in the previous years exams.

4. Make notes and sticky notes together which will help you in the last days.

5. Take a look at the syllabus and prepare your time table.

6. Always keep the deadlines and time management in mind which will help you to achieve your target on time.

View All Questions
Have a question related to GPAT ?