GPAT 2017, the postgraduate aptitude test for pharmacy programme has been conducted on January 28 at various examination centres in many as 58 cities of India. The graduate pharmacy aptitude test is administered by All India Council for Technical Education and held in online mode for three hours. The computer-based test began at 2:30 pm for which candidates were required to report at least an hour before the commencement of the exam. According to the media reports, approximately 30,000 candidates have appeared in GPAT. 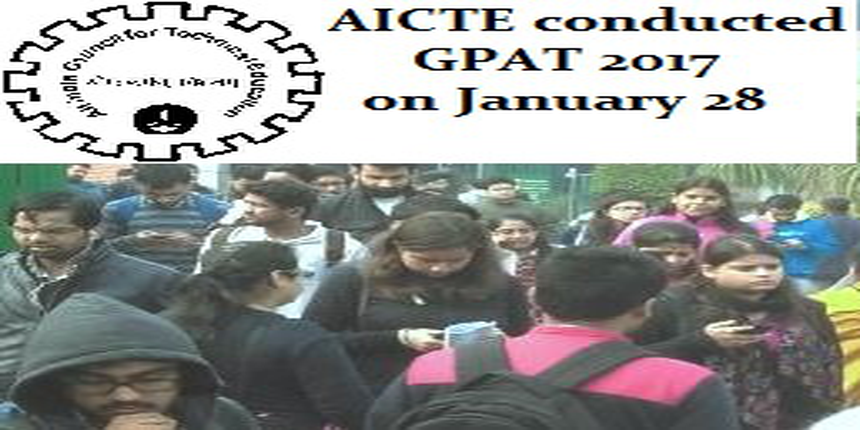 Candidates appearing in GPAT 2017 had to answer as many as 125 questions carrying four marks each. These questions were of objective-nature and had multiple-choice options. Candidates were required to choose one correct options among the four, those given against every question. The questions covered the syllabus of graduation level and had questions from various topics including physical pharmacy, microbiology in pharmacy, ethics and jurisprudence of pharmacy, manufacturing, designing and evaluation.

What is the marking scheme of GPAT 2017?

Candidates will be awarded four marks for each correct answer and one mark will be deducted for wrong attempt. Questions which were left un-attempted will be given zero (0) marks, as per the GPAT Exam Pattern.

What after appearing in GPAT 2017?

The GPAT 2017 test takers will be able to check their results of the graduate pharmacy test on February 10. Based on the GPAT results, candidates will have to attend their counselling and finally offered admissions in the pharmacy colleges across India.

how many marks are nessary in gpat exam

GPAT cut off is Minimum qualifying marks for students who have appeared for post graduation in pharmacy.

so according to category , minimum marks to qualify can be estimated